The Necessity of Not Neglecting Your Foundation 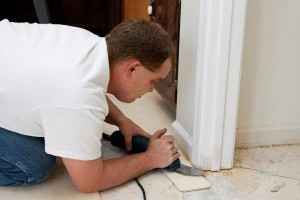 The Necessity of Doing Now Instead Of Later For Your Foundation

Although there is a lot of home maintenance that is attended to regularly, there are also up-keep concerns that should be addressed on a more regular basis. This includes possible damages to the foundation, which can not only undermine the structural integrity of the home, but can also generate problems with moisture and flooding.

The concrete foundation is not only the base that gives a building its stability, but it is also a barrier between the environment and the ground, and the interior of the home. This means that structural incursions in the concrete may not appear to be a big problem, but it is definitely one that can grow over time, and lead to costly future repairs.

At AA Action Waterproofing, we have encountered many situations where severe damage to a home could have been avoided if appropriate measures had been taken. In one case, hairline cracks in the basement floor eventually led to significant flooding once groundwater rose after the spring thaw. In another case, temperature and precipitation had led to the start of foundational cracks that were not addressed, and would eventually lead to shifting that rendered the building unsuitable for habitation.

It should be noted that all of these circumstances did not need to have the outcome that resulted. Simple attention to these concrete concerns could have prevented a majority of the damage, and could have ensured that the homeowner was faced with considerably less stress.

For this reason, making sure on not neglecting your foundation by having it inspected yearly and attending to minor cracks can be an important step in maintaining home ownership and the longevity of the dwelling. By calling AA Action Waterproofing, residents can take the necessary steps to avert danger, and to ensure that their house remains the family home.

This entry was posted in Foundation Repair on March, 02, 2015