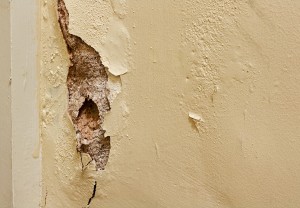 Owning a home can represent a great future potential for any Maryland resident, although the path to this potential can also take a number of personal decisions. While having a property of one’s own is certainly an investment in the future, at AA Action Waterproofing, we have also found that residents also see the home as a sense of freedom, safety, and the ability to grow.

In many cases, the concept of growth will include expanding a family and developing a safe space in which children can grow and fond memories can be created. Most households will also need to consider storage space for this type of expansion, and this can include holding on to old toys and clothes for future arrivals, but can also include keeping sentimental objects, such as drawings and sculptures from school projects, or decorations for the holidays.

A number of families find that basements can become the repository for these items. The problem, however, is that while a basement can be an ideal storage space most of the time, it is not always the best space all the time. This is why you need to know how to maintain your basement.

In recent years, storm surges, greater precipitation, and massive flooding from creeks and rivers breaking their banks has led to a considerable amount of home damage in the region. What is not always addressed is what else is lost when these disasters strike.

Since the basement is the lowest point of the dwelling, it does stand to reason that this room will be most impacted by any rise in the water level. What happens, however, is that incremental changes may not show the appearance of stagnant water in the basement, but it can still mean that moisture from the ground is making its way into the room. As a result, these higher humidity levels can still generate damage in the form of mold and mildew.

One of the greater problems that many homeowners face is that once a home has a mold or mildew problem, it can be very difficult to eradicate the spores. As the microorganisms become airborne, they are also able to circulate throughout the home and begin re-colonization in any other places in the home where high moisture content is present.

Running a dehumidifier in the basement and other places that tend to show greater moisture can be one way to limit appropriate conditions for mold growth. However, this action is not foolproof, and can also have a greater effect if structural changes are made to further reduce home dampness.

In many cases, simply waterproofing the basement can provide considerable relief. This process can effectively keep further moisture from getting into the building materials of the home and can be further bolstered through the use of a dehumidifier. The result, however, is that instead of discovering that sentimental treasures have succumbed to years of mold, they still have the chance to be as pristine as the day they were first put into basement storage.

By calling AA Action Waterproofing, Maryland homeowners can have the peace of mind that time spent in their home will include building more memories, rather than having the concern of salvaging what was thought to have been kept safe.