Horror Stories From The Basement 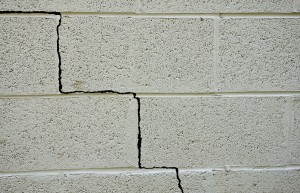 At AA Action Waterproofing, we have seen a number of basements that have horrifying stories to tell. Although any type of leaks or flooding in the basement can lead to considerable damage to both property and home, some situations go beyond the accepted and into the absurd. While the effects of long-term leaks in the basement or basement flooding can vary, the following tales can act as cautionary messaged to homeowner throughout the Maryland region.

In one home, a split in an exterior pipe was ultimately the issue that led to an ongoing basement flood. One of the outer water bibs had not been properly drained, causing a rupture in the pipe when the water froze. However, the location of the split made it so that leaks into the basement only occurred when that particular hose was in use.

The result was that the basement flooding was highly intermittent, although severe, but was also overlooked since it only happened during use of that water bib. However, the long term flooding that was happening led to extensive mold colonization, and eventually a full mold remediation as well as damage repair and clean up as required.

The Tears Of The Foundation

Another home had poorly constructed gutters, which allowed for overflow water to directly impact the foundation of the home. Although the owners noted the erosion and made efforts to keep the gutters clean, heavier rainfalls continued to eat away at the integrity of the concrete. After several years, the homeowners began to notice what looked like a slow waterfall of tears that flowed from the joint where the foundation met the basement ceiling.

Initially, the client had tried to put sealant on the seam, but this only provided a temporary fix. With each heavy rain, the sealant would begin to bubble, and eventually the stream of tears from the wall continued. The homeowners endeavored to move items in the basement in order to avoid the rapidly collecting water, but even the moisture in the air began to deteriorate the cellulose products in the space. The owners were soon left with a musty basement, and a wall that would not stop weeping.

These horror stories do not need to be a reality, and calling AA Action Waterproofing today can be preventive measures for this avoidance.

This entry was posted in Foundation Repair on June, 25, 2015