Other Dangers In The Heat Of Summer 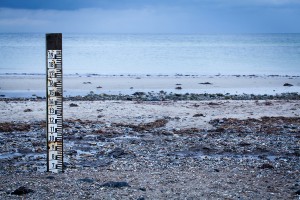 As residents along the east coast continue to progress into summer, they are also aware of the concerns that these changes in regional climate can provide. In the coastal areas of Maryland and Delaware, heat exhaustion due to high humidity levels are common, while all parts of the region should take special care against sunstroke from exposure. While the dangers that these raised temperatures can pose to people are fairly well known, the issues that they may pose to homes is not always as obvious.

By The Sea Side

While many coastal residents do not live directly on the shore, even people who are more inland may have a home that is near to a brackish or closed inlet. In summers where drought-like conditions are perpetual, water levels in these ponds and streams will lower due to evaporation. As the water levels lower, it also exposes the stream bed to the heat of the sun. The result is that as this part of the clay becomes hard baked and difficult to re-saturate.

When water levels do begin to rise again, it can spell trouble for the surrounding areas, since the sun baked river and pond beds will not contain the body of water the same way as the soft clay. As a result, inlets and streams can burst their banks, which means that a layer of water will begin to spread out from the body of water over land.

What often happens in these coastal areas is that the overflow water is either diverted by culverts to go back into the groundwater, or is absorbed by the soil in areas that have live vegetation, which can often include a homeowner’s lawn. The result is that all of this raises the groundwater, which may be depleted from the drought, but can quickly be raised even with short periods of rain in the midst of the sunshine.

For homeowners, higher groundwater also means a greater likelihood that basement leaks will make themselves known as water begins to seep through cracks and crevices in the foundation. Once the water is flowing through these cracks, it is also likely that it will become trapped there, and expand as the weather grows cold and the water freezes. The result is that larger entryways for leaks are formed, and a greater amount of damage may be caused to the structure and to belongings.

Avoiding this type of situation may take some pre-planning. Identifying leaks in the foundation and through the basement walls may not always be possible until they actually appear. However, a professional evaluation of the basement and the foundation can result in recommendations for waterproofing that do address these unseen variables.

Putting off getting the basement waterproofed until after it is an issue can also result in large expenditures for structural repairs to the home, as well as the cost of replacement of property and removal of damaged goods. Avoiding this potential threat of basement flooding, that can still be a part of a dry summer, should always be a part of the considerations for overall safety during the heat. Contacting AA Action Waterproofing today can prevent damages in the future, and keep you summer pleasantly dry.

This entry was posted in Basement Waterproofing on June, 26, 2015

← Horror Stories From The Basement
Mold & Basement Leak Clean Up Or Prevention? →