What Homeowners Should Know About Astronomy And Home Safety 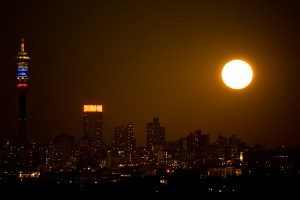 For residents along the east coast, this year’s weather patterns have been everything but familiar. Combined with a fairly severe winter that brought a considerable amount of precipitation, tidal levels have also been considerably low during the late winter and spring months. The activities of bodies of water will also impact moisture levels in the air and the ground, all of which can contribute to basement flooding.

One of the things that is highly contributing to differences in water flow in properties, especially those which are close to the bay or the wetlands, is the occurrence of six supermoons this year. A supermoon is essentially when the moon is at pint in its orbits that puts it closest to Earth during a new or full moon phase. This will either greatly lower the tides during the new supermoons, but it will also considerably raise all water levels during the full phase supermoons.

For Maryland residents, this can mean that minor occurrences of leaks in the basement can turn into full scale flooding as the summer continues. This is primarily due to the fact that the three full supermoons are upcoming, in August, September, and October. It should also be noted that the September supermoon could pose a considerable threat to home safety, since it is also far closer to Earth than any of the other ones.

The result is that homes which may only experience intermittent excess moisture, or even no leaks in the basement at all, could see major problems with higher tides, water tables, and even post-drought run-off. This also means that taking precautions in advance could be the wisest course of action, in order to protect property and the safety of the home.

Contacting a professional to assess basement waterproofing needs before the full supermoons being in several months could be the most ideal response to this brief astronomy lesson. Taking preventive action before the basement and the home become compromised by leaks and flooding can also provide clients with the peace of mind that they can weather and celestial and environmental conditions that may impact the east coast.

At AA Action Waterproofing, we highly recommend that regional residents find solutions before the problem begins, and retaining us now can mean a summer of seamless relaxation and minimal stress.

This entry was posted in Basement Waterproofing on June, 24, 2015

← Following The Cycle And Preventing Disasters
Horror Stories From The Basement →