Concrete Repair: Not Every Job Is The Same 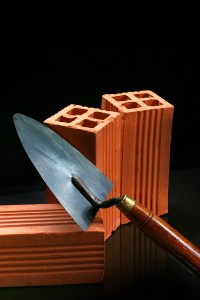 Concrete has us all fooled. When we look at the solid stone of concrete walls and floors, we see the inextinguishable power and weight of stone, the unbreakable castles of Medieval Europe multiplied by the expertise and efficiency of modern technology. But not only is it easy for concrete blocks to crack and break apart over time, it’s practically a given.

However, just because an important concrete block has broken apart doesn’t mean you have to replace the whole thing.

If It Ain’t Broke

Replacing a foundation slab is expensive. There’s no two ways about it. You have to somehow prop up the building above it while you work, you have to move carefully around all the pipes and all the drains and ducts and electrical systems which you can’t simply remove during the job, and you have to pour the new slab out as one single, giant block while accounting for whatever shifts in the earth caused the original to break in the first place.

But at the same time, it’s inevitable that the foundation slab will crack at some point. So if the break isn’t so bad that it threatens the stability of the building above it, but it is bad enough to be worth worrying about, what else can you do?

Just Slap On A Patch

Thankfully, there is a middle ground between ignoring the problem and replacing the concrete completely. For instance, if a crack is relatively small and only threatens to let water seep in, you can apply an epoxy sealant and then potentially go without having to think about it for up to ten years.

Alternately, you may be best off repairing the crack instead. It’s possible to cut and chisel out the concrete surrounding a crack and then replace it with a special blend of concrete and latex. The latex allows the patch to resist the forces which created and widened the crack in the first place, solving the problem for years to come.

When it comes to repairing your foundation, it’s important to get a second and a third opinion from different contractors regarding what you need to do. While it may not be a good idea to automatically go with the lowest bidder since they may be skipping important steps, you also shouldn’t go with the most expensive option since an unscrupulous contractor may try to sell you unnecessary expenses like replacing a whole slab when just a repair job will do.

When it comes to your property, trust is too expensive to give out lightly. Your best option is always to educate yourself on the situation and then pick the contractor who has the best reputation and who makes the most sense.

This entry was posted in Foundation Repair on October, 15, 2015