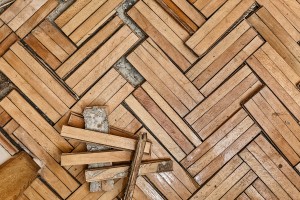 If you’ve begun to notice water stains on the walls or a moldy smell in the basement, you’re already well on your way to needing costly repairs and possibly some even more expensive replacements, whether that means replacing the things you store downstairs, the drywall and insulation, or in the worst case, the foundation itself.

While you can’t change what’s already happened, if you’re able to identify the real cause of the problem, you’ll at least be able to put a stop to it as soon as possible. Here are a few of the more common reasons why your basement may be taking on water:

While you may not expect there to be enough water vapor in the air to matter, anyone who’s had to empty a dehumidifier on a humid day knows that air can hold a whole lot of water. And if there’s something around that’s significantly cooler than the ambient temperature – something like a cool foundation wall or an uninsulated pipe – it becomes a place for water to condense and start hydrating mold, termites, and other unwelcome guests.

The ground is supposed to slope gently away from the sides of a building so that rainwater will generally move away. However, if the ground slopes towards the walls, either because the construction workers did a poor job of packing the backfill against the sides or because of a natural, gradual subsidence, rainwater may be able to slowly wear away the walls and make its way in.

Your gutters aren’t just there to keep rain from dripping onto your head, they’re meant to lead rain as far away from the foundation as possible. If your gutters are clogged and aren’t working, this system has stopped working and may lead to water damage.

Every basement built within the past few decades has a drain in the lowest part of the floor which acts as something of a last ditch attempt to keep water from building up too far. If it’s clogged, however, or if it’s somehow flooded, then it won’t be able to do its job.

If you spot one of these problems early enough, fixing them should be a fairly inexpensive matter. If you aren’t so lucky, however, then you should be ready to rely on professional help. A waterproofing contractor will be able to judge just how extensive the damage is – both the obvious and the hard to spot – and they’ll also be able to fight any outbreak of mold and other fungi at the same time.

← 2 Critical Things To Do After A Flood
Concrete Repair: Not Every Job Is The Same →