Following The Cycle And Preventing Disasters 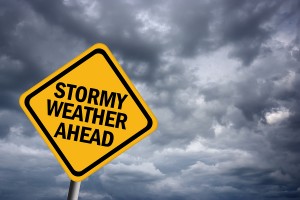 Residents along the east coast, and especially along the Chesapeake waterways, have probably noticed some strange happenings in the environment. This has been particularly impactful for residents who live along the marshlands and close to the inlets, as it has meant that familiar tidal patterns have been entirely out of sorts.

This is largely due to the fact that this year has the occurrence if six supermoons, three within a new moon phase, and three within the full. This spring has seen the three dark supermoons in January, February, and March, and the result has been highly beneficial.

The dark supermoons create a much lower tidal pattern, for both low and high tide cycles. This also impacts the level of the water table, since groundwater will flow to the lowest point, which can often be back in to the low water ponds and wetlands. The reason this has been fortunate is because it has actually prevented some of the basement flooding that could have occurred after the thaw, since higher than average precipitation was prevalent throughout the winter.

While the dark supermoons and the extra low tides have been positive for many homeowners, the rare occurrence of three more supermoons this year will also have an impact on residences along the coast and near waterways. August, September, and October will mark the three full supermoon months, and this will mean that average tides will be higher than normal during this period of time.

This also means that residents along waterways could be threatened by basement flooding, and even homeowners who have not had an issue in the past could be negatively affected by the higher than average tides. Added to this is also the potential for rain events and storms at the height of the hurricane season, and this can further lead to basement flooding and problems with mildew.

The time to take action with basement waterproofing systems should be now, before the cycle of high tides begins at the end of summer. Calling AA Action Waterproofing today can mean that going with the flow of tidal changes can still result in a basement that is dry and safe.

← Preserving Memories, And The Home
What Homeowners Should Know About Astronomy And Home Safety →