Preserving Memories, And The Home 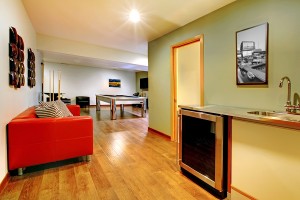 Water damage can present some of the most devastating effects on a person’s home and possessions. Most frequently, when Maryland residents think about this possibility, they consider all of the financial aspects that are involved in clean up and repair. However, while all possessions do have value, they do not always have value in the same way. This can become a major motivation to take preventive action against basement leaks and flooding.

Learning From The Experiences Of Others

At AA Action Waterproofing, we often hear about the many ways that water damage and basement flooding have impacted the lives and lifestyles of area residents. One of our recent clients related the fact that their decision to have the property evaluated for drainage and to have their basement waterproofed actually came from a situation which their friends had faced.

This customer’s friends had seen considerable leaks in the basement after a period of heavy rains, and had attempted to simply clean up the mess on their own, without actually addressing the cause. Later that same year, higher water tables led to an extensive basement flood, destroying or damaging much of the property that was stored in the space.

Our clients had actually helped their friends with much of the cleaning, and had been struck by just how much damage leaks and floods in the basement could cause. After the fact, they began to consider the fact that they also stored many items in the basement, especially keepsakes from their grown children. The final motivation for these clients to contact us came form that awareness that while financial hits from water damage are high, sentimental items are priceless.

Just as we were happy to engage in preventive basement waterproofing for this client, we were also deeply saddened by the story about their friends, since much of that situation could have been avoided. However, AA Action Waterproofing always encourages Maryland residents to contact us, preferably before, but even after, a disaster strikes.