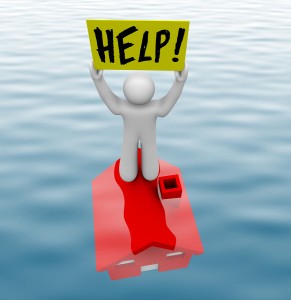 Over the past decade, the expansion of emergency services within communities has greatly improved. For many Maryland residents, this does include general response teams such as fire and rescue, but other inhabitants along the coast would also include emergency response for environmental dangers and evacuation protocols. As we have all seen with some of the storms over the past winter, while these emergency services have admirably saved lives, they do not always address the aftermath that residents are returning to.

At AA Action Waterproofing, we also feel that property emergencies should have an equally efficient response resource. This can be especially true for individuals whose homes are directly impacted by the environmental issues in which emergency responders intervene. Regardless of whether the resident feels safe enough to weather out the storm in their own abode, or whether they seek shelter elsewhere, the safety of the home should still be a prime consideration.

One of the things that should be noted with last year’s history of storms is that while wind and icing were responsible for apparent damages, a majority of the property repair issues actually came afterwards. This was particularly evident as the spring thaw further released the excess precipitation into the groundwater, causing many basement floods through a number of means:

All of this can mean that while the proper emergency actions for helping people can certainly save lives, emergency response for the actual structure can also help to save homes.

What Makes An Emergency

Although storm damage and basement flooding from inclement weather is a leading cause for these situations, it does not mean that they may not arise from an ongoing problem. In some cases, these circumstances can include moisture that is coming into the basement through basic structural issues, but this does not make the situation any less of an emergency. What at first may appear simply as some excess condensation can quickly turn into larger areas of standing water.

This can also make it highly important to always know whom to contact, regardless of the crisis situation. Any leaks, seepage, or standing water that is evident at different times throughout the year could signify a disaster that is waiting to happen. Contacting AA Action Waterproofing before the danger to the home become great can also avert costly undertakings for repair.

This entry was posted in Basement Waterproofing on August, 07, 2015

← Can You Tell If Your Home Is In Trouble?
Top Down And Bottom Up Concerns With Basement Flooding →