Can You Tell If Your Home Is In Trouble? 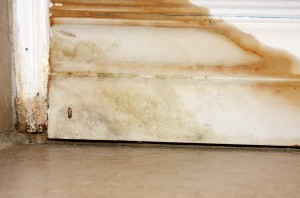 At AA Action Waterproofing, we are often called in to handle emergencies with basement flooding as well as services for mold remediation, basement drying, and waterproofing measures to prevent future damage. It should be noted that one of the most frequent comments that we hear when we are called in to clean up a mess is that the homeowner was completely taken by surprise by this occurrence.

Although some basement flood situations that may be influenced by inclement weather and environmental conditions can come as a surprise, the truth is that many of our emergency calls could have been an earlier intervention that would have averted the present crisis. However, many homeowners actually ignore the signs of water damage in the home.

It is not so much that signs of possible seepage and moisture in the basement are always hard to locate, but rather that many of the clues are simply accepted as a common occurrence versus a sign of damages to come:

• Condensation on basement walls – this could indicate a moisture incursion that is happening due to the differences in temperature between the indoor air and the coolness of the foundation, but this can also indicate seepage that is the result of water coming through overly porous building materials.
• Small spots of standing water – this will be most apparent in corners of the basement as well as low lying areas of the floor. While the appearance of the standing water may seem inconsequential, the cause could be actual small scale flood that are only noticed after they have started to evaporate.
• Rivulets of water around window seals – this can be especially important to pay attention to when the house also features recessed window wells for basement windows. In these cases, rainfall that collects in these wells can quickly erode the seals on the glass, and can lead to considerable water coming into the basement at intervals.
• Musty odors in the basement – this factor is another one that is often taken for granted, since it is associated with that “basement smell”. The problem is that mustiness also means the high presence of moisture, and the actual scent that is witnessed comes from mold formation.
• Foundation cracks – although these may receive greater attention as risk factors for other issues with the structure of the home, internal and external breaching of the concrete can also mean that water has an easier way into the basement. Further, small cracks can quickly grow, especially if moisture is already trapped in a pocket when the weather cools, as the expansion of ice formation will further widen the crack.

Perhaps the biggest lesson for homeowners is that smaller factors which are accepted as a quirk of the home may not be so inconsequential. This also means that paying attention to risk signs can lead to greater preventive measures.

Any Maryland resident who is experiencing the above circumstances, or even suspects that their home could be in danger for excess moisture or flooding in the basement should contact AA Action Waterproofing immediately. We can not only thoroughly assess the situation to identify all the areas of encroachment, but we can also take preventive measures in basement waterproofing to avoid having a mess that did not need to happen.