Guarding Your Home Against The Summertime Blues 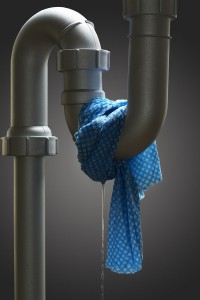 As the weather along the east coast begins to finally feel as though it has settled on staying summer, many people are also excited about spending time in the yard or working in the garden. However, this flurry of activity can also become the seed to something dark that begins to lurk in the home. Here are steps you need to take in guarding your home from these threats.

Mold problems can happen even in the cleanest of homes, since it is usually the places that moisture collects which cannot be seen where these spores breed. This also means that basements which can be repositories for condensation as well as pipe leaks, can also be the ideal environment for mold to breed. Summer activities can speed up the process, especially when the excessively cold temperatures of the preceding winter have caused pipes to burst.

Although many split pipes can become obvious due to the immediate situation of flooding in the basement, these problems can also go unrecognized for months or longer. Some split pipes can be hidden by thick outer insulation, but the longer it goes unrealized, the more damage it can cause. In these cases, it is almost as though the basement floods very slowly, but the damage to property and in way of causing molds is quite detrimental.

Precautions Within And Without

While there are some precautions that homeowners can take to avoid split pipes, especially in outer walls, these also need to be considered before the cold weather even starts.

Although these pointers can help in a preventive fashion, further steps can also be made to avoid costly disasters. Having the basement thoroughly waterproofed can not only be a measure against the summer realization of split pipes, but can also be preventive for flooding that has an environmental cause.

Just as action against disaster should be taken in advance, precautions like having the basement waterproofed are also best done prior to a situation. However, being on the lookout for splits and possible sources of basement flooding can also alert the homeowner to the fact that basement waterproofing is an immediate need.

The use of outside water bibs after a long and cold winter can lead to problems with basement flooding if pipes have split. Along with checking for sources of water coming in, it can also be important for homeowners to contact professional help for interventive or preventive services. AA Action Waterproofing is ready to help in any event, and help to keep your summer relaxing and bright.