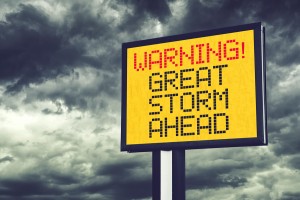 Although the projected forecast for storm activity in the Gulf region is considerably higher for this year, the Atlantic coast is expected to enjoy a season that has much less of a threat for hurricanes making landfall on the east coast. This will come as a considerable relief for residents on the shore, since it will mean less emergency protocols and a greater ability to relax through the summer weather.

While this is a positive prediction, there are still factors that should be taken as warning signs for adjunct damages to the home that can still be a strong possibility.

The result is that while a lot of home damages will probably be avoided this year due to the prevalent weather patterns, this does not necessarily reduce the chances of basement flooding. Maryland and nearby coastal residents are encouraged to contact AA Action Waterproofing, so that we can assist with taking measures to prevent basement flooding. With waterproofing solutions that will fit both current and expected needs, Maryland residents can feel confident that their measures on preventing flood will reduce potential costs later.