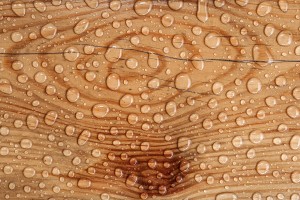 For many Maryland residents, moisture in the basement can present a significant problem. Although factors such as foundation cracks and structural design issues can contribute to chronic basement flooding, even soundly constructed basements can suffer from severe moisture problems.

The Formation Of Water

One thing that is important to understand is that concrete is a heat sink. This means that it will absorb more heat from the surrounding environment than it actually takes to raise the mean temperature of the concrete. What also happens is that the gradient of the temperature differential which is created by the cold earth against the concrete and the warmer air within the basement leads to the formation of water droplets on the wall.

Water molecules have bonds that can be broken or formed through temperature changes, as is evidences in boiling water to produce steam, or cooling it to form ice. For basement flooding and moisture problems, this is significant, since it points to the source of the water, which is not coming in, but is actually being pulled out of the air.

Reducing The Impacts Of Water

The problem with condensation formation on the basement walls is that the excess moisture can become an inviting environment for colonies of mold, and also that excessive condensation will eventually form rivulets that will run down the walls, and collect as standing water on the floor. The result can be what seems like periodic and spotty flooding in the basement, but this can still lead to damage issues.

Homeowners can take some steps to reduce the variables that lead to condensation on the walls in the basement. The use of dehumidifiers can reduce the moisture in the air, and thus also reduce the moisture that collects on the walls and floor. Another trick can be to use fans, not only to dry out the basement, but also to keep it much cooler, which reduces the temperature gradient that can lead to condensation formation.

Finally, seeking professional help can always be a wise solution to this issue. Basement waterproofing protocols can include the use of indoor drains and pumps to keep flooding under control, but can also use sealants to further reduce the formation of condensation. This also offers a more permanent solution to the problem of water in the basement, that is both cost efficient and effective.

Contacting a professional basement waterproofing company today can mean that your property and possessions will stay safe and un-damaged, regardless of the temperature changes outside.