Hidden Can Become Obvious Only Once It’s Too Late 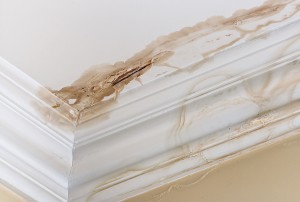 Finding ways to create more living spaces is a practice that east coast residents are highly familiar with. Large population densities, especially along the shore can lead to creative solutions for making family rooms, play rooms, or just quiet areas to pursue hobbies. In these situations, any space that has potential may be converted into a completely finished room, thus filling the need for more room to enjoy life.

One of the most common places where this type of remodeling will happen is in the basement. Although this area is also frequently used for storage, it also tends to have an open floor plan that lends itself to being partitioned into more separate spaces. In doing this, however, finishing off the basement with drywall and insulation, as well as electrical connections can also be a part of the process.

Looking Behind the Mask

While this is a highly effective an efficient use of space, it can also lead to problems with damage from basement leaks and flooding. Converting a basement into a finished living area is not just about adding amenities, but it is also about ensuring the same safety for health and well-being that the rest of the home affords.

Although the surface appearance of a finished basement can be quite impressive, it may also be hiding issues with basement leaks that can eventually wreck the living space that was created. Foundations with drainage problems, or concrete that has not been patched or well sealed, can lead to seepage that is happening behind the basement drywall. The results are often extensive mold problems, but long-term leaks can also lead to a slow flooding of the basement.

Identifying a problem in a finished basement may be difficult, but musty odors, signs of mold, and wet patches around the floor edge or in the carpet can indicate an issue. Contacting AA Action Waterproofing at the first sight of any of these signs can be the difference between re-renovating or simply having safety improvements made within the existing space.

← Investing In Your Investment
Basic Thermal Dynamics And Your Flooding Basement →