Why Is Humidity Bad? 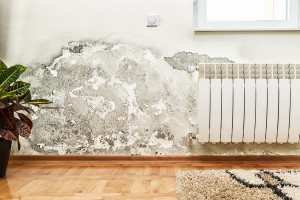 There’s that old saying, “It’s not the heat, it’s the humidity,” that takes the blame for summer discomfort away from the temperature and puts it somewhere else. But what is humidity, and what can it do to a home?

Water In The Air

Humidity is, essentially, water vapor in the air. That’s not a bad thing, as you don’t want your air to be too dry either. Dry air can also damage wood and other construction materials over time, causing them change shape or crack. But when there is too much moisture in the air—which is something that happens often in Maryland during the summer—the excess moisture creates that heavy, muggy feeling in the air that most people associate with high humidity. It means there’s more water in the air than normal and that water will affect everything around it, including entire buildings.

The 21st century has flooded our everyday life with all sorts of electronic devices, whether they are computers, phones, or flat screen televisions. The one thing all electronic devices share is a vulnerability to moisture. Simply put, too much water can damage or destroy electronics. In an excessively humid space, TVs, videogame consoles and computers can have dramatically shortened lifespans as they struggle to operate in high humidity, which can eventually lead to overheating and failure.

Excessive regularly occurring humidity can be a big problem for the drywall that comprises most homes. This is seen often in the tropics, where high humidity is a constant. It can make walls moist, and eventually those walls play host mildew and other types of mold, softening with moisture and causing mold colonies to spread spores into the air.

Basements are in particular danger from humidity because their subterranean nature means they are usually cooler than other parts of home. Humidity exists because high temperatures turn more water into vapor in the air, which means that in the cooler temperatures of a basement, that water vapor has a chance to cool down and become water again. It can settle down on basement walls or even form on the floor, and, given enough time, this constant exposure to water can damage walls and flooring, and wreak havoc with a finished basement if carpeting and drywall is present.

If you live in an area where humidity is a persistent problem, consider buying a dehumidifier, or consulting with an expert like AA Action Waterproofing to have a central dehumidifier unit installed in your home for even greater climate control.

This entry was posted in Basement Waterproofing on October, 02, 2015