Why Does Concrete Break? 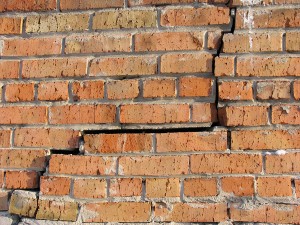 One of AA Action Waterproofing’s areas of expertise is concrete repair or replacement. It’s a natural part of our job since many foundations are made of concrete. But to some, it’s still quite surprising that a substance that looks and feels rock hard could be vulnerable to defect. The truth of the matter is that concrete is a tough, durable construction material, which is one of the reasons that it’s still in use over 100 years after its invention. But concrete, like anything else in this world, can be a victim of time and the elements, usually both, since concrete is primarily made to withstand the rigors of the outdoors. Here are a few of the reasons why concrete might need to be repaired or replaced.

Concrete can develop early cracks just after it’s been poured. If it’s too humid or too windy, the moisture on the surface may evaporate incorrectly compared to the rest of the concrete. It may then develop shallow cracks which can develop into much deeper cracks over time.

Even if the concrete is correctly applied, it can still crack because of shrinkage within the concrete itself if too much of the moisture evaporates from within. Concrete forced to endure different temperatures at different parts of the structure—as may occur in larger buildings—can also be a factor in causing shrinkage, stresses and ultimately cracks.

When concrete is poured on top of a surface—usually just soil—the weight is equally distributed because the soil is providing a solid base on which the concrete can sit. However, if the soil moves or redistributes itself, which it may do over time if the moisture levels within the soil change, that can cause parts of the concrete to no longer be resting on solid ground, putting stress on the concrete and causing it to crack, or even tilt.

When concrete fails, there’s no one catch all solution. This is why you should consult with an experienced team to assess the situation and decide what the scope of the problem is. In some cases, repairing certain aspects of the concrete may be sufficient. Such can be the case with some kinds of leaky basement where sealant might be enough to rectify the problem. In other cases, the problem may be severe enough that the most efficient course of action would be new concrete. An expert assessment will tell you exactly what kind of situation you have, and what is the best step to take next.

This entry was posted in Foundation Repair on September, 17, 2015

← Consider Your Plant Placement
The Unstoppable Movement Of The Earth →