Trying To Predict The Impossible 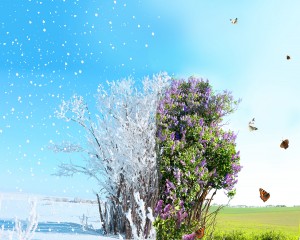 As the first month of summer has shown most Maryland residents, weather predictions for this year are likely to remain inexact. Some distinct changes in air current patterns and astronomical influences are also causing greater difficulty in pinpointing the actual arrival and even occurrence of storms, as well as temperature conditions throughout the weeks.

While it is understandable that the science of meteorology is based on correlations for known events in order to generate a prediction of the future, it is also true that this tends to be a general forecast on a fairly regular basis. This also means that while some Maryland residents are preparing for another drought, the actuality is that higher rainfall could still be the reality.

Further than relying on the weather to dictate concerns about the safety and structural integrity of the home, weather predictions, even general ones, can still give people at least a warning to take precautionary measures for safety. While this is always highly applicable to people, especially when hurricanes are involved, safety measures for the home can also be valid in situations that are seemingly less pressing.

One of the bigger known concerns for East Coast residents this year is less the Atlantic storms that may be faced, as the season for this shoreline is expected to be fairly quiet. However, the Gulf hurricane season is looking to be quite substantial, and this can still have an impact on the Maryland region.

In many cases, overland tropical depressions that are the remnants from a hurricane can cause greater flood damage than an actual hit by a storm. This tends to be because residents may have their guard down to the dangers of basement flooding that can happen when the soil is oversaturated, or when sudden washes flow straight into cracks in a foundation.

Instead of predicting the weather, it may be best for East Coast residents to simply take precautionary measures that can attend to any of these circumstances. AA Action Waterproofing is always glad to evaluate a property and determine the soundest course of action for effective basement waterproofing in any home.

This entry was posted in Basement Waterproofing on July, 29, 2015