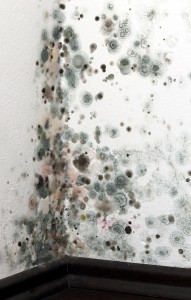 The term “toxic molds” get tossed around quite a bit, for good reason. Certain strains of mold that proliferate in building materials when they get warm and wet, such as Strachybotrys, for example, can cause illness in humans and animals by triggering an autoimmune reaction, where your own body attacks itself. You probably have some sort of allergic reaction to something, to a mosquito bite or hay fever. These allergic reactions are examples of mild autoimmune responses, but many molds can present far more dangerous symptoms.

The simple fact is that mold in your home can make you ill. The home should be a retreat- a sanctuary where you can escape the outside world and anything that ails you. So it is a bit of a nightmare when mold inside your home is making you sick. It can rob you of the feeling of “home” altogether.

Homes that are in humid areas of the country are at especially high risk of developing these molds, but that said, it should be noted that mold exists everywhere. So while homes built in the middle of the deserts in the Southwest United States are at a lower risk of toxic mold contamination, the danger is still not eliminated entirely.

Symptoms of Mold Infestation In Humans
The Institute of Medicine found that mold in the home can cause all sorts of harmful symptoms, especially in the upper respiratory tract. These symptoms can resemble the flu, and as long as you are exposed to the mold, you will be feeling the symptoms, and they’re likely to get progressively worse.   These symptoms include:
• Coughing
• Wheezing
• Headache
• General irritability
• Asthma attacks or difficulty breathing
• Dizziness
• Headaches
• Sleeplessness
• Flu-like symptoms
• An even an increased likelihood to contract pneumonia

These symptoms, and their progression toward pneumonia, can threaten all members of the household, and homes with elderly grandparents and young children are especially at risk, as their immune systems are generally less well developed than those of full grown, healthy adults. Plus, in children, mold-related diseases can cause long term damage through stunted upper respiratory development, leading to a life-long recurring cough or difficulty breathing during exertion, so it’s vital to take care of the problem ASAP.

If you feel symptoms associated with mold infestation in the home, it’s important to 1.) Go to the doctor and get checked out, and 2.) Get your home tested by professionals. If toxic molds are found, professionals can perform mold remediation. These professionals can also give you tips on how to avoid mold in the future, and will generally advise you to get the house waterproofed so that the stagnant moisture that attracted the mold initially won’t be allowed in, in the first place.

← Mold Proof Your Home
How To Check Your Foundation →