The 2015 Hurricane Season And Your Home 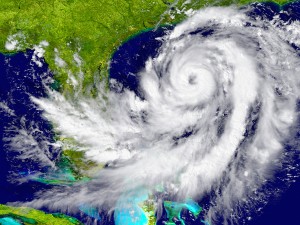 The NOAA, or the National Oceanic and Atmospheric Association, recently released their predictions regarding the 2015 hurricane season. Being on the mid-Atlantic coast, the Maryland region has seen its fair share of hurricanes, and without properly preparing your home first, this can be a season that wreaks havoc on your home, it’s foundation, and the likelihood you’ll find yourself in a leak or flood situation.

Luckily, the NOAA’s prediction for 2015 so far is that they’re expecting a below-average hurricane season with a 70% likelihood of 6 to 11 named storms, 3 to 6 of which will become hurricanes, and a maximum of 2 of these storms becoming major hurricanes at a category 3 or higher. While this is good news for the fact that we’re not expecting to see the coast battered by storms in 2015, it does pay to think about just what could occur if one of these storms makes its way ashore near the Maryland coast.

Hurricanes are well known for their high winds and heavy rains, but what really does a number on your home is just how long these conditions last. With a hurricane, the battering on your home can go for days at a time, and if your home and your foundation aren’t prepared, you can find yourself taking on water in no time at all, and with plenty of storm left before it passes by.

Hurricane season is set to really get underway around August, although it technically began in June, and the risk doesn’t go away for the Maryland region until around the end of October. What this means is that it’s not too late to prepare your home for this hurricane season, and just because 2015 is slated to be a below-average year, there is no telling what type of season this, next, or the year after will actually yield. With waterproofing preparations made to your home, you’ll have a better chance of staying dry when the big storms roll in.

At AA Action Waterproofing, we can address all of your waterproofing concerns and make sure your home is prepared for the strong storms that can come along with the summer season. By doing this, you’ll also prepare yourself for the winter storm season and the springtime melt, so you can rest assured your home is kept safe for many seasons to come. If you want to prepare your home before hurricane season really gets underway, simply give us a call at AA Action Waterproofing today.

This entry was posted in Basement Waterproofing on July, 16, 2015

← Fixing Your Foundation Before Winter
Is Your Allergy Problem Caused By Outdoor Air Or Indoor Air? →