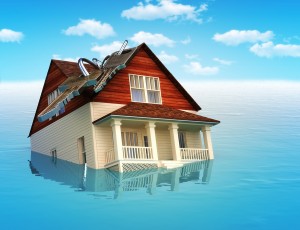 From Virginia to New Jersey, the northeast has seen its fair share of chaotic weather this winter. One snow is barely cleaned away before another arrives thanks to the Polar Vortex, and the latest storm – Pax – has brought cold and snow with it yet again. But while those in the northeast are focused on keeping a roof over their head and heat in their homes, it still pays to think about your basement. At AA Action Waterproofing we’ve seen flooded basements throughout the year – even during harsh winters like the one 2014 has become.

There are a couple of potential reasons that flooded basements may occur.

• Frozen, burst pipes could lead to a flooded basement. Thanks to insulation, it’s fairly rare, but could still be an issue that will lead to mold damage, water damage, and more.

• As the temperatures drop, water will freeze. If any moisture is in the foundation it could expand and cause larger cracks to occur. This will lead to serious problems in many homes.

• Thawing snow can trigger large amounts of water in a relatively short timespan. If that occurs, basements that seemed waterproof may suddenly begin to leak – especially if new cracks are added.

Flooded basements lead to major issues including mold growth, lost property, expensive cleanups, and even more expensive repairs. While we can’t help with burst pipes, our professionals can help you waterproof your home, deal with mold remediation, and more. While foundation repair is important, you’re often much better off taking the time to complete some basic waterproofing steps and prevent flooding from occurring at all.

A few simple steps and a small investment could prevent major problems down the road. With that in mind, don’t hesitate to contact us at AA Action Waterproofing today to keep your basement dry – just the way it should be.

This entry was posted in Structural Damage on February, 24, 2014