New England Is Not Hurricane Free 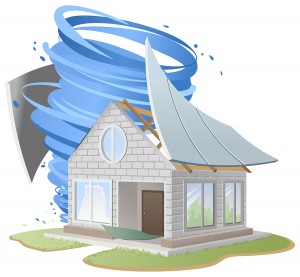 Usually when residents of Maryland and other New England states hear about another hurricane beating down on Florida and the Bahamas, the normal reaction is to sympathize with the people living in that part of the world, and get on with the business of daily life, thankful for the fact that this sort of thing never happens in this part of America.

Except, unfortunately, that it does. Just not as often.

In 1938, the worst hurricane to ever hit the New England region—at least on record—caused over 600 casualties, most in Rhode Island, and racked up $308 million in damage, which, adjusted to 2015 standards, is nearly $5 billion in damage. The hurricane was so severe that even Maryland and Delaware felt the effects of the extreme wind and rain, though it was Long Island and Rhode Island that were hit the worst.

Since then, the New England area has been hit, on average by a hurricane about once every decade. None of them have been as severe as the 1938 decade, but history speaks for itself. Hurricanes have a tendency to veer past the New England area most of the time, thanks to the direction of major winds and water currents under normal conditions. Occasionally, those conditions can change just enough that one of the worst storm phenomena in nature can make landfall in these parts. When that happens, all other types of damage to a home increase exponentially, especially flood and foundation damage.

This is one of the reasons why it pays to be prudent when it comes to your basement and foundation. Water damage from sewer back up and flooding is bad enough, but these can be compounded by the power of a hurricane. There’s nothing that anyone can do to prevent these incredible forces of nature from roaming Maryland if they decide to, but home owners can—and should—be prepared to protect their home against them. Protect your foundation against damage from water and soil, and, most importantly, ensure that your basement has been properly waterproofed to protect against flooding. A backwater valve can take care of possible sewage back up flooding while sump pumps, weeping tile and barriers can keep water from flooding in through the soil. Preparing for serious storms isn’t something that many people give much thought to. But the ones that do are the ones that will suffer the least amount of damage and recover the fastest.

This entry was posted in Basement Waterproofing, Foundation Repair, Water Damage on November, 10, 2015