Molds From Your Basement Into Your Lungs 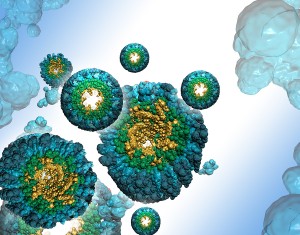 East coast residents are quite familiar with a variety of health problems that can be brought about by environmental allergens. This is usually most noticeable in the spring, summer, and fall, when higher than average spikes of pollen are in the air, but fall allergies can also be indicative of a sensitivity to leaf mold. This may further be the key to understanding other chronic health issues that may be related to the environment where you live.

Although people do not always think of allergies to mold, they are actually fairly common. Individuals who cannot take penicillin and other medications that are derived from fungus will usually be more sensitive to mold spores in the air as well. It is also important to realize that the prevalence of mold makes it likely that some diagnosed health conditions such as asthma are actually caused by these reactions.

Mold itself is not actually toxic, but the spores that are released can have different impacts on a person’s body. In some cases, a mild allergic reaction to the spores can be the same as a histamine reaction to pollen, with tearing, large amounts of mucus, and even a skin rash. However, some spores also contain chemicals which have a strong toxic effect on the brain, and these can lead to greater health risks.

As mentioned, the symptoms of hay fever and a reaction to mold can appear to be exactly the same, but there may be other symptoms to look for, especially in cases where toxic mold from basement flooding has crept into the walls.

As the health risk factors associated with mold exposure are both extensive and sometimes irreversible, it can be wise for people to consider taking preventive action before there is an issue. The majority of mold infestations in a home come from the basement, as:

Further contributing factors include if the basement unfinished, and how often residents spend time in this space. The combination of wetness and undisturbed breeding spots will be enough for a single spore to start a colony.

For this reason, AA Action Waterproofing urges residents to contact us and have your property evaluated for leaks and potential mold threats, as well as basement waterproofing that can become the best preventive measure to take in avoiding a mold situation. Taking these interventive steps now in treating the basement could also prevent the need for you to get treated medically.