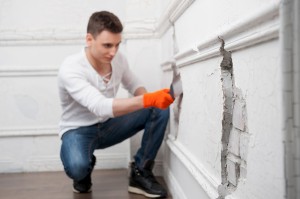 There are two major times of the year when most homes are at major risk of a basement flood:

Of course, anyone who is positioned on the coast or a river is also at enhanced risk all throughout the year. These homeowners need to be especially vigilant about the signs that presage a flood.

That’s right: There are actual symptoms that you could be aware of right now.

This is true whether you are on the coast or high and dry: And it remains true no matter if you’re in Maryland, Virginia, Washington D.C., Pennsylvania, or New Jersey.

So, what are the signs that could be crucial? Most of them are signs of existing damage to your foundation and basement that may be getting worse over time. Here are some things to look out for:

Call or email AA Action Waterproofing today to get help and security for your basement.

← All Across Our Service Area, Oldest Properties Benefit Most From Basement Waterproofing
Looking To Extend The Functional Life Of Your Home? Start With The Foundation →