Waterproof Your House: Create The Path Of Least Resistance 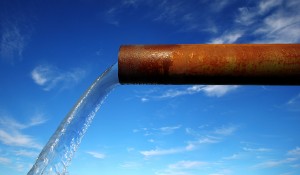 We’ve all the heard the saying that water will always flow down the path of least resistance. All too often, we ignore these clichés. Maybe it is because we get bombarded by them, or maybe we just say them without knowing the real reasons behind them. The fact is that this cliché can actually save you if you are a homeowner.

Owning a home can be the fulfillment of a lifelong dream. You get the white picket fence, a little bit of room to grill some steaks out in the backyard and all the privacy you’ve desired. But there is a downside. You realize that there is so much work – and worrying – to about your new investment. Because that is what a house really is: an investment.

Now let’s revisit that cliché. Water does really flow down the path of least resistance. This means that we can control the flow of water, which really helps us in the springtime. That’s when the threat of flooding rears its ugly head and this is when the effort to waterproof your house plus basic basement waterproofing can be helpful. After all, flooded basements will literally eat away at your home’s internal structure, which is a shame, as peoples’ homes are usually the largest investments they make during their lifetimes.

Water is public enemy number one for a variety of reasons. Water in your ground floor can rot your house from the inside out by creating a humid environment. It is this humidity that can seep into the wood that holds your house up, otherwise known as a frame.

When the water is inside the wood, it creates an environment in which mold and bacteria can thrive. Not only can this mold and bacteria make you and your family sick, it is responsible for rotting the wood. This means the frame of the building itself becomes compromised, lowering its value and maybe even changing the layout of your home. Rotting wood can sag, so you might feel that your kitchen floor has become slanted or that the upper right window is now cockeyed. Too much of this rot and the entire house can become condemned because it is no longer structurally sound as is therefore unsafe.

Since water is all around the house all the time, homeowners are in a constant battle with the elements. This is especially true when it becomes spring and the snow begins to melt. All that water begins to seep into the ground to create what is known as ground water. This ground water is like a swimming pool with dirt shoveled into it. The water is there, but you can stand on the dirt. This ground water creates a ton of pressure because the water settles and moves; and it moves right up against the foundation of your home.

Ideally, your foundation stops the water at this point in its journey. But over time, the pressure builds and becomes too much, and the ground water begins to puncture tiny little cracks into the walls and pushes through.

A good French drain is a simple ditch dug two to three feet into the ground. Once the trench is dug, you can throw down some PVC piping and rock. Effective PVC piping will have holes drilled throughout so that the water can get into the pipe. Covering the pipe with smooth river rocks or large-stone gravel will protect the pipe and allow water to flow into the pipe. Good drains will slope away from the house and offer a path of least resistance.