Surviving a Flood: Waiting for the Water to Recede 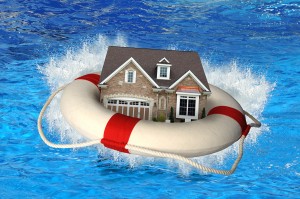 The Easter Shore has seen its fair share of monumental storms throughout the years. Although these environmental events cannot be avoided, they do provide some beneficial points for homeowners to use as learning tools, since the initial experience of surviving a flood can also lead to pro-active precautions becoming a part of routine.

Most recently, Hurricane Sandy was a major force that led to home damages through flooding and other water issues. While many of our coastal residents survived with some discomfort and emergency precautions, there are also other regions along the Maryland and Delaware coast that are still in the process of rebuilding.

While high winds were responsible for a number of home damages, there were also a large amount of concerns that related to storm surge, flooding, and high levels in rivers and creeks. At AA Action Waterproofing, we found that many residents were still dealing with the aftermath of this storm to the present day.

For many of our clients in southern New Jersey, the flooding issues were particularly prevalent. This became especially noticeable in areas where developed barrier beaches were faced with rising water from both the river and the bay. The result is that one family we worked with actually needed to be evacuated by rowboat once the waters had reached the top of their porch steps.

Although the family found safety, many of their items and parts of the home suffered considerable damage. This was especially true in the basement, which remained underwater for over a week. While much of the stress of a storm can be anticipated during the height of weather activity, owners also need to think about the stressors that can come in rebuilding a community.

For the one family that we helped, this included clean up measures, as well as proactive additions that could protect the home in the future. While the initial concern for this family was water removal and mold remediation, they also wanted to think about ways to lessen any potential hazards that may be ahead.

Along with evaluation of obvious points of concern, we also added drainage to the basement area, and waterproofing along the foundation and the walls. This means that while we are trying to keep the flood waters out, we are also helping to ensure that drainage and clean-up may be faster and more effective.

Taking The Action With Waterproofing

The time to think about the impact of a major storm is not as it is happening. It can be highly effective to consider these eventualities in advance and take the required actions to lessen the stress and frustration that may result. Calling AA Action Waterproofing can give owners a resource for seeking guidance about possible hazards and making plans such as waterproofing and drainage, which can reduce the concern over any impending storm.

This entry was posted in Basement Waterproofing on February, 25, 2015