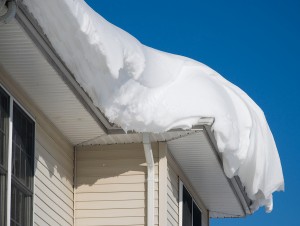 If you live in Maryland, you probably don’t think of snow as being the biggest weather-based threat you have to worry about from year to year. We’re as far north as it gets for the American South, and like the rest of the South our biggest concern is the heat and humidity of summer. However, we’re still far enough north that we can expect regular snowfall, especially as you move farther inland.

A blizzard is, technically speaking, a winter storm that causes blowing snow and involves wind speeds of at least 35 mph. Blizzards also typically bring along a sudden drop in temperature, but it isn’t strictly necessary. You don’t even need falling snow, since if the stuff already on the ground is ready to move, you can sometimes see what’s called a “ground blizzard.”

However, regardless of whether or not a winter storm qualifies as a blizzard, it’s generally true that the worst snowfall doesn’t happen in the dead of winter. Instead, snow prefers to fall during the months on either side. The explanation is simple: during winter, the prevailing wind comes from the north, the Arctic air which streams down from Canada and freezes the entire top half of the United States. This air is quite naturally bone dry, since it’s far too cold to carry any moisture.

Instead, we get our moist air from the Atlantic to the east or else from the Gulf of Mexico to the south. These winds are strongest during summer, and that’s what leads to the South’s notorious humidity problem. But in fall and spring, the north and south winds fight each other for dominance, and if Atlantic air that’s a little too moist hits Arctic air that’s a little too cold, you end up with a record-setting snowfall.

If your basement or crawlspace is in need of waterproofing, it’s best to get it done either before the big initial snowstorms of late fall or before the spring thaw can begin to threaten floods and high water marks across the state. If you live in or near the state of Maryland, you should contact AA Action Waterproofing at one of these times and we’ll make sure your home is ready for the heavy runoff created by even heavier snowstorms.