Sump Pump Failure: Is Your Discharge Pipe Too Small? 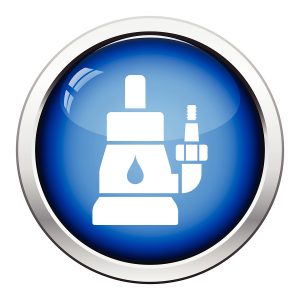 It isn’t uncommon for the sump pump to be described as the ‘heart’ of a basement waterproofing system and it isn’t far from the truth either. A sump pump allows water move through a drain tile system and out of your home similar to what the human ‘heart’ does for our bodies.

However, much like the heart, it depends on having a clear and unobstructed pathways in order for things to flow smoothly. If the tile drain, for example, had been installed improperly and becomes obstructed, then the water will be unable to get to the sump pump for removal. This may be a frequent occurrence if you have an improperly sized discharge pipe.

How A Small Pipe Can Lead To Big Problems

When you are looking for a sump pump, there are a few factors you need to look into including pumping capacity and discharge pipes.

Every sump pump has a rating for a specific pumping capacity, typically in gallons per minute, which can make it fairly easy to compare pumps. After all, shouldn’t a sump pump that moves as much as 61 gallons per minute be better than one that only moves 34 gallons?

Not necessarily. This capacity rating for sump pumps will be based on a certain ‘head height’ which is typically around 10 feet. This is in reference to the vertical distance that the water will have to push out by the pump in order to reach the point of exit from the basement. For example, an 8 foot basement will need a 10 foot head height in order to account for the depth of the sump basin.

However, if the head height is smaller, the pump will end up moving a little more water per minute. Those that are larger will end up diminishing the capacity instead.

Even more importantly, the capacity rating of your sump pump will also be in reference to the size of your discharge pipe. The majority of sump pumps will have a built-in fitting for a specific sized discharge pipe that is usually 1.25”or 1.5” interior diameter.

With a properly sized discharge pipe will ensure that your sump pump will work efficiently for a long time. Even installing a pipe that is larger in size is typically not too much of a problem and is occasionally recommended for a longer runs of pipe.

However, the real issue will be if the discharge pipe is too small. If the discharge pipe ends up being smaller than recommended, it could greatly reduce the pump’s capacity and efficiency. Additionally, this will increase the amount of friction that creates a back pressure that makes it even more difficult for the water to flow properly.

This will end up resulting in the sump pump running much more frequently since each discharge cycle will take much longer in order to reduce the volume of water and will cause the pump to kick on much more frequently since the basin will have extra time to fill up while the sump pump is laboring away. During heavy rains and snows, this will mean that your sump pump will be running constantly for hours at a time. With all the stress of running constantly, your sump pump will be short lived and need to be replaced a lot sooner.

Get the right sump pump for your needs with the professionals at AAAction Waterproofing!

This entry was posted in Basement Waterproofing on October, 06, 2016