How Basement Waterproofing Can Save You Big Money 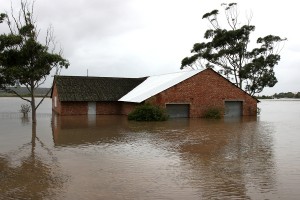 Nobody wants to think about dealing with basement related issues, especially with the winter bearing down on us. The entire northeast region has been hit with serious snow, deep cold, and plenty of other headaches thanks to the Polar Vortex, and it doesn’t show signs of stopping. But whether you’re in Virginia or New Jersey, DC or Maryland, taking care of your home’s basement and foundation is important. And for many, waterproofing is much more than just an expense – it’s an investment that can save you big within a short time.

• First, it helps you avoid the cost of major cleanups. Leaking basements can lead to major water damage which in turn can cost thousands upon thousands to clean up. By preventing that damage with simple basement waterproofing steps, you’ll be able to avoid the cleanup bill entirely.

• It also helps reduce damage that can be done to your foundation which will lead to major repair bills. Leaking foundations can be caused by cracks in their structure, and the leaks can actually cause even more damage to occur. In other words, spending a small amount on the waterproofing will help you avoid a major repair bill later on.

All in all, taking the time to prevent damage and leaks caused by foundation problems is something you really can’t afford not to do. It will cost less and end up saving you big over time, and that’s precisely why you need to take the time to think about it – even when the winter is in full swing.

If you think that saving money is the right thing to do and know that you need basement waterproofing, don’t hesitate to contact us at AA Action Waterproofing today to get started setting up your waterproofing visit. It’s money well spent.