Protecting Your Basement From Winter Weather 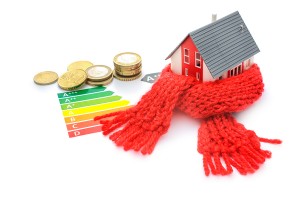 When it comes to basement flooding prevention, the season that most homeowners consider first is typically spring, as this brings heavy, and frequent, rains to many parts of the country. Rain is often the culprit for many basement flooding situations, but what many homeowners do not realize is that winter brings just as much of a risk. The snows that come along in winter may look peaceful and beautiful at first, but as they melt, they will create a surplus of water seeping into the ground with little place to settle. Whether the ground is frozen solid and unyielding to any water, or there is simply too much water which causes oversaturation, either scenario can lead your basement down a harrowing path.

Basement flooding in the winter is something that isn’t often thought about until it’s too late, which is why we at AA Action Waterproofing want to educate the public on just how important it is to waterproof your basement before the dog days of winter set in. It’s always best to be proactive, rather than reactive, in basement flooding situations, and a basement waterproofing before it becomes too late is always the best option for your budget and your convenience.

For a basement that hasn’t been waterproofed, this can mean having to dry out your basement in under-freezing temperatures, and this can be a highly complicated process. A basement dry-out will require you to open windows and set up fans within the area, putting your pipes at risk for freezing, and your heating bill at risk for going far over budget, but this can be avoided altogether with a professional waterproofing process. With waterproofing, you can block the water from coming in, while saving your belongings and your wallet from the damage it will take handling a winter flood.

At AA Action Waterproofing, we are able to waterproof all types of basements before the winter season really sets in, and if you’d like to avoid basement flooding this winter, simply call us today to get started!