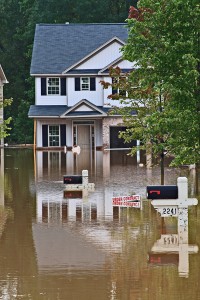 The DC area and surrounding states including Virginia, Pennsylvania, Maryland, and even New Jersey have all spent this winter fighting the polar vortex. Between subzero temperatures and big snowfalls, it’s hard to think about anything else. But you still need to make sure your home is in good shape, and one thing to consider is that ignoring some basic preventative steps could lead to major problems like flooded basements.

AA Action Waterproofing can help, and we want you to know that even in the heart of winter it’s still worth thinking about some ways that you can prevent flooded basements. First, you need to understand the number one cause of basement floods following the winter months – a one-two combo consisting of freezing and thawing.

This freeze-thaw combo can have serious effects on your basement’s moisture level. Here’s how the two things go together to wreak havoc on some homes.

• The Freeze – When things freeze, they expand. That includes water. Even a hairline crack in your basement can allow a few drops of water inside. And if those drops of water freeze, they’ll expand. That means that they’ll put extra pressure on the foundation – often from within it. This can lead to worse cracks that will potentially allow water to flood into the basement or crawlspace area.

• The Thaw – It’s true that snow and ice aren’t likely to leak into your basement. But when the thaw starts, problems can come right along with them. Thaws can generate way more water than rain – many floods are actually caused by snow melt in some countries, for example. In other words, your basement walls may face large amounts of water when the thaw begins, and that could mean that large amounts of water are going to enter your home and lead to a flooded basement.

In short – freezing can lead to cracks in your foundation while thawing snow and ice can double or triple the amount of water it needs to keep out. As a result, it’s important that you consider preventing flooded basements before they start. This way you’ll save money and avoid serious hassles.

We can help you prevent flooded basements no matter what time of year. Good basement waterproofing will ensure that no moisture finds its way into the foundation to freeze and crack, and that no matter how much water a thaw generates it won’t be enough to get through to your basement. Contact us to learn more today.