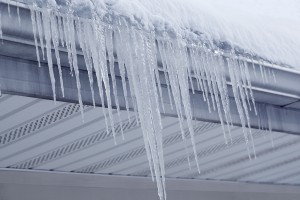 When is the best time to waterproof your basement? You might think that such an enterprise is best undertaken in the warmer months, once the snow and ice have melted and warmer weather has returned. In reality, however, the best time to waterproof your basement is during the winter. Once spring time rolls around, all that thawing snow and ice can threaten to inundate an improperly waterproofed basement. And although April showers do indeed bring May flowers, they can also bring unwanted moisture to your basement.

Rather than waiting for an unexpected Spring flood to destroy your basement, it’s far wiser to take action during the winter months to prevent wet basement issues during rainier months. When it comes to basement waterproofing, prevention is the name of the game. Melting ice and snow, coupled with warm Spring showers, can spell disaster for an inadequately waterproofed basement. Winter is a great time to prepare your basement for the melting snow and ice and ceaseless showers of Spring.

That being said, the deep freeze conditions of winter are not necessarily a great time to make extensive repairs. For one thing, extensive outdoor repairs are nearly impossible during winter. Even if the ground is not covered in three feet of snow, there is still a good possibility that the soil is frozen. If the work involves excavations, for example, the freeze and thaw cycles so common in winter increase the chance of a dangerous cave-in. Such an event would necessitate additional excavation, which may not even be possible in winter if weather conditions are bad enough.

Of course, when winter weather is mild, basement waterproofing can be performed from outside the home as well as inside. And any type of indoor foundation repairs can be performed during winter. In fact, winter is one of the best times to do work involving polyurethane injections. This is because concrete shrinks in colder weather, which opens gaps and cracks to their maximum width. When gaps and cracks are filled at this width, there is less concern about the polyurethane resins stretching. When it is colder, polyurethane remains more flexible.

This entry was posted in Basement Waterproofing on November, 05, 2015

← Tips For Preventing Basement Mold
Why Is Black Mold A Big Deal? →