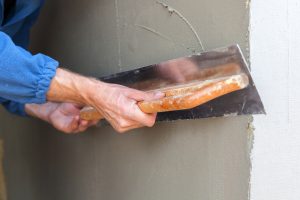 Apart from the people who live inside it, the foundation is the most important part of a house. Without it, the walls wouldn’t be able to support their own weight, the floors and ceilings would collapse, and the roof would smash everything beneath it as it fell.

Sitting along the shore of Chesapeake Bay, Baltimore and its suburbs have to be especially careful about high water tables and the potential for water damage to basements and foundations. Furthermore, while the Chesapeake Bay area enjoys relatively mild winters, the temperature regularly drops below freezing in the winter months. This means the water in the ground forces it to expand and contract regularly, putting pressure on foundation slabs and basement walls. That’s why it’s important to keep on top of foundation repair in Upper Falls, Kingsville, and the rest of the Baltimore area.

AA Action Waterproofing can help with jobs like mold remediation and foundation repair in Upper Falls, the rest of Maryland, and beyond, but there’s a reason we put waterproofing in our name: it’s because keeping water away from your basement or foundation is always job number one.

Humans need water to live, but it’s nothing but a danger to houses and other buildings. People have built houses and huts for thousands of years in order to keep the rain out, and modern buildings have a lot of ways they keep water from washing the foundation away.

For instance, concrete foundation slabs are usually set on a layer of gravel and stones along with perforated pipes that drain the water away and into the storm drain system. This prevents the water level from building up to the point of flooding the basement, and if that’s not enough a builder can add a sump pump, which actively forces water away from the building.

Basement walls usually get the same gravel to surround them on all sides, and for the same reasons. It also helps by protecting the walls from the pressure caused by the freezing and unfreezing cycle since water flows through it instead of sticking around the way it does in clay and dirt.

It’s hard to perform a foundation repair in Upper Falls or anywhere without dealing with the cracks, warping, and buckling that can build up over time if you don’t keep on top of the problem. Fortunately, every problem comes with a solution:

• You can patch up ordinary cracks with a variety of products, including hydraulic cement and epoxy. This won’t necessarily be enough to stop water infiltration, but that’s why waterproofing is step one.
• Warping in the foundation slab is most often caused by uneven settling. When this happens in new buildings it’s because the gravel beneath it wasn’t properly compacted, but it also happens to old buildings as the layers of soil and rock beneath it slowly change shape. A foundation contractor can correct this warping by attaching piers, metal rods that anchor the foundation to the solid rock below, or by adding a concrete mix or a special hardening polymer to the substrate until the foundation is even again.
• Buckling in the basement walls is caused by lateral earth pressure, and concrete block walls are especially vulnerable to this pressure. Fortunately, you can strengthen your walls with carbon fiber or steel braces, or by attaching wall anchors that work the same way as foundation piers.

Step Three: Keep An Eye Out

Nothing lasts forever, and that includes foundations. A good foundation will last for decades, and maybe even live longer than you, but it can only do so if you make sure to repair it when it needs repairing. That’s why it can pay to have a professional inspect your basement every so often and whenever you notice a telltale sign of weakness, like a sloping floor or a long horizontal crack in a basement wall.

AA Action Waterproofing can help with foundation repair in Upper Falls, Edgewood, and other communities from Washington, D.C. to Philadelphia and beyond. Whether you’re looking for a professional inspection, advice, construction consultation, or a major repair job and mold remediation, you can contact us anytime to arrange a free initial inspection and job estimate. We’ve been in this business for three decades now, and we haven’t seen a foundation or basement we couldn’t help yet.