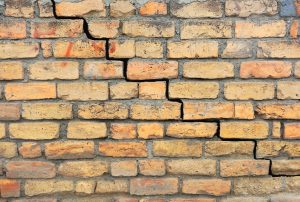 Overall, areas in the state of Maryland have been susceptible to foundation damages over the years. The main reason for these foundational problems stems from the presence of water within the state. Unfortunately, a lot of towns and cities in Maryland reside along the Chesapeake Bay. On top of that, heavy rainfall during the spring and summer months also attributes to this problem. These foundation problems have been present in the pristine suburb of Pikesville.

Located in Baltimore County, Pikesville is located just northwest of the Baltimore city limits. Part of the suburb resides along the Chesapeake Bay, making the presence of water a common issue for houses within the area. If water is allowed to seep into the foundation of your Pikesville home, you could experience bowed walls and even home displacement. If you notice any of these issues, seek foundation repair in Pikesville.

Performing Your Own Inspection: Water Leaks And Drainage Problems

Having improper water drainage is one of the leading causes for foundation repair in Pikesville. Soil around the home will expand during wet spells and contract during dry ones, resulting in unnatural soil shifting. This process can put tremendous pressure on the underlying foundation of the home. On top of being the major reason for foundation repair in Pikesville, improper water drainage is also a sign that foundation failure has already taken place. Cracks that are present in the foundation will allow water to seep down into lower levels of the soil, resulting in excessive moisture.

Having water damage requires immediate attention. As a homeowner, you can check if your Pikesville home is in danger by inspecting the soil around your property. Check to see if the soil is unnaturally wet, assuming that no rainfall had recently occurred, or if it’s unusually dry. Water damage may also be invisible to us. In order to identify any invisible leaks, shut off all water-based appliances, check the water meter and record the exact readout. After waiting six to twelve hours, check your water meter again to see if anything changed. If there is a change, this may mean that a leak exists behind the wall or underneath the floor of your home.

Performing Your Own Inspection: Checking The Upper Levels Of Your Home

Issues that have originated in the foundation can travel to the upper levels of your Pikesville home. These upper level issues will usually come in the form of sagging floors or warped ceilings. Exposed gaps where the interior walls are supposed to meet with each floor and ceiling is also a clear sign of foundation damage to the home. Using a level tool, you can verify whether or not the slope is consistent on ech floor and ceiling. If a level tool is not accessible, you can use a tennis ball to examine foundation problems. When placing a tennis ball in random locations on every floor, the ball should never move. If it does foundation repair in Pikesville is needed.

Having foundation damage can be extremely overwhelming. However, you need to act upon this problem sooner rather than later. If you’re in need of foundation repair in Pikesville, contact our reputable foundation repair company for all of your needs. Having worked in the Maryland area for nearly 30 years, we understand the foundation repair process and will guide you through every step of the process.