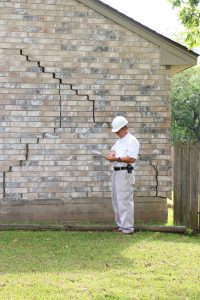 Greenbelt is one of the unique success stories of Maryland. As one of the pioneering planned communities of the 20th century, it enjoyed a lot of support and oversight from the government itself. Today, it’s one of the best places to live in Maryland, with major connections to both Baltimore and Washington D.C., making it a perfect place to live for people that want access to the big cities without the crowded lifestyle that comes from living in those places. It’s also the proud home of the Godard Space Flight Center, meaning that the heart of America’s scientific advances and push towards space and stars has its home right in this small city.

But for all the great things that Greenbelt has going for it, the residents of this city may still be at risk to the same problem that many Maryland residents experience. It’s not a problem that many people give much thought to, but when it strikes, it can have profound and expensive consequences for the people involved. And that’s where foundation repair in Greenbelt comes in.

Most people, whether owning a new home, or moving into an older one, won’t give the foundation of the building much thought. After all, it’s simply a massive, architectural element that has literally been designed to just “sit there” and do nothing but bear the weight of the entire building above it. It’s not like windows or electrical wiring that have immediate, noticeable benefits on the way people live in a home.

And yet, at the same time, on those occasions where a foundation does get affected and damaged, it can have deep, serious negative effects on a home, to the point where safety of the residents inside can be put at risk. And that’s why it’s so important to have these problems addressed by someone that specializes in foundation repair in Greenbelt.

Damage That Takes Its Time

Because the foundation is designed to literally hold up a home, anything that causes it to do its job incorrectly has a slow, inevitable effect on the entire structure. Houses can literally tilt, parts of the home can begin to “drift” or sink in a direction that other parts aren’t, creating uneven floors, and putting stress on load bearing beams and other critical architectural elements that were never intended to endure such forces.

The biggest problem with this damage is that it can be very difficult to notice, because it works at a geological pace, which means that it can take years—or even decades—before the problem becomes noticeable to an untrained eye. In most cases people won’t realize what’s happening at all until they begin to notice cracks in steps, or use a level and see that the floor is uneven. And by the time it’s gotten to this point, it means that foundation has been suffering for quite some time. It’s the kind of thing that only an expert in foundation repair in Greenbelt would be able to correctly evaluate.

In some cases, a foundation may incur damage simply because of poor craftsmanship at the time a house was built. But in many cases, a bad job has nothing to do with foundation damage, and the reason it happens is because of changes in the environment and soil that the original builders didn’t anticipate. The foundation itself, especially in more recent homes, is usually just a large slab of concrete spread out and supported by additional beams to help distribute the weight. This is why basements are built into homes. But if soil moves over time, such as through erosion, then parts of the foundation that were formally sitting on solid ground are now supported by nothing, and so they begin to sag or sink as the weight from above continues to push down on them.

Another possible form of damage is “frost heaving” which occurs over the course of several winters. In this scenario, water in the soil freezes during the winter, which causes the soil to expand like an ice cube would. When this expansion occurs, it can actually lift the foundation during the winter, and then cause it to settle back down as spring arrives and the temperature goes up. Over several years of lifting and dropping, the foundation can move away from its original position, which can then cause problems as bearing the weight is no longer working as originally intended.

Get The Help You Need – Foundation Repair Greenbelt

A problem with the foundation is not something a quick DIY solution will fix. This is a fundamental defect that needs to be addressed by an experienced team that specializes in foundation repair in Greenbelt. Once you’ve contacted someone, like the team at AA Action Waterproofing, they can bring their decades of experience in this field to work for you.

The first step in treating the problem is understanding it, which is where the initial inspection comes in. It’s important to find out exactly what the problem is, where it is located, and what caused it. Once these factors have been confirmed, it’s time to plan for exactly how to solve the problem. Solutions vary wildly with the problem at hand, and some fixes may simply require some hydraulic cement. Other problems may be far more extensive, and require solutions such as “mudjacking” which involves injecting concrete under the foundation to raise it up, or even digging a trench around the base of the home to access the outside for a comprehensive waterproofing solution.

Whatever the case may be, these kinds of procedures are both large and complex. Only experts in foundation repair in Greenbelt should attempt them, so make sure you contact the right people if you have a foundation problem.