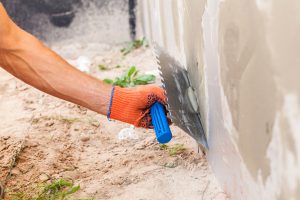 The town of Galesville has a rich history within the state of Maryland. Located in Anne Arundel County, the area was a central hub for Quakers in America, and is strongly considered to be the birthplace of organized Quakerism in Maryland. The town was also once the terminus for a steamship line that connected Annapolis to the city of Baltimore. This is because the town resides along the western shore of the West River and alongside the Chesapeake Bay. As a town on the water, Galesville has developed an industry around pleasure boating.

When beginning an inspection of your home, start with the foundation itself. This underlying support is never supposed to show any noticeable signs of structural damage. Look for any vertical, horizontal, or zigzagging hairline cracks, along with any ruptures of gaps. The sloping, sagging, and buckling of foundation floors and walls is also something to watch out for. Moisture, whether it’s a pool of water or a gathering of mold is also something to be on the lookout for. These are all signs that foundation repair in Galesville is needed. These types of inspections should be conducted both inside and outside of your Galesville home.

Having improper water drainage is one of the leading causes for foundation repair in Galesville. Soil around the home will expand during wet spells and contract during dry ones, resulting in unnatural soil shifting. This process can put tremendous pressure on the underlying foundation of the home. On top of being the major reason for foundation repair in Galesville, improper water drainage is also a sign that foundation failure has already taken place. Cracks that are present in the foundation will allow water to seep down into lower levels of the soil, resulting in excessive moisture.

Having water damage requires immediate attention. As a homeowner, you can check if your Galesville home is in danger by inspecting the soil around your property. Check to see if the soil is unnaturally wet, assuming that no rainfall had recently occurred, or if it’s unusually dry. Water damage may also be invisible to us. In order to identify any invisible leaks, shut off all water-based appliances, check the water meter and record the exact readout. After waiting six to twelve hours, check your water meter again to see if anything changed. If there is a change, this may mean that a leak exists behind the wall or underneath the floor of your home.

Having foundation damage can be extremely overwhelming. However, you need to act upon this problem sooner rather than later. If you’re in need of foundation repair in Galesville, contact our reputable foundation repair company for all of your needs. Having worked in the Maryland area for nearly 30 years, we understand the foundation repair process and will guide you through every step of the process.