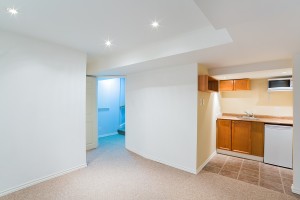 If you’ve never lived in a house with a raised foundation before, the crawl space is an area that exists between the base of a building’s first floor (which is a few steps up from the ground) and the concrete foundation which is level with the ground. The crawl space serves as an excellent way to get at the various wires and pipes which are normally hidden away behind the scenes, but there’s something of a problem: when you have the ability to crawl under your house, there’s a good chance that you’re not the only one.

Encapsulation also has the benefit of turning the crawl space into additional storage space. What was once a vaguely moldy, musty, moist area can become a clean, dry place where you can be certain your belongings will be safe from the ravages of time.

Like most other home improvement projects, there are plenty of “do it yourself” packages with all the basic materials you need to encapsulate your own crawl space. However, there is something to be said in favor of hiring a competent professional service to do the installing for you.

The point of encapsulating a crawl space is to protect it from the humid outside air, and if the seal isn’t perfect then the whole installation is essentially moot. You also need to get fresh, dry air into the crawl space, and doing so requires either making a significant modification to your HVAC system or else installing a dehumidifier designed specially to send the water it collects down a drain that leads outside the house. Either way, neither alternative is simple or easy to perform.

If you live in or near Maryland, you should consider turning to AA Action Waterproofing for your crawl space encapsulation. We’ve been in business for over 27 years, and we’ve performed plenty of encapsulations in that time. We’ve also earned an A+ rating with the Better Business Bureau, which means we do top-quality work every time.

This entry was posted in Basement Waterproofing on November, 03, 2015

← The Power Of Water
Tips For Preventing Basement Mold →