Coastal Flooding Can Cause Havoc On Mid-Atlantic Foundations 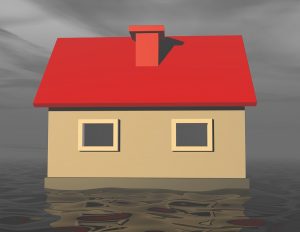 A powerful storm at the end of January earlier this year blanketed inland regions of the mid-Atlantic with several feet of snow. Meanwhile, the same storm, unofficially dubbed Snowzilla, was creating massive flooding conditions along the coast that eroded much of the Atlantic shoreline.

From Maryland to New Jersey, coastal cities were drowned as the water level rose nearly nine feet. Much of the focus in the aftermath of the flooding was on the visible problems: beach erosion and water damage.

However, the flooding likely created another problem that may not manifest for many more months or years.

Building foundations are designed to transfer the massive load of buildings to the soil beneath them. A foundation that is prone to shifting and movement will necessarily create structural problems in the building itself. The primary cause of a shifting foundation is water.

Even if the builder did a proper job of compacting soil and laying gravel underneath a foundation, excess water can cause the mixture of soil underneath the house to expand, contract, and ultimately shift, moving the foundation along with it.

The massive flooding caused by the January storm likely flooded the soil underneath coastal homes as well, providing the prerequisite conditions for potential foundation problems.

Foundation problems can build up slowly over time without you noticing it until it’s too late. If you were affected by the coastal flooding in January, watch out for the following problems over the coming months. They could be signs that your foundation is shifting.

Look out for hairline cracks in the walls or along the seams where the wall meets the ceiling or the floor. Shifting foundations can cause structural stress that end up cracking drywall. Also look for bumps in the wall, which can be studs loosening.

If you have hardwood floors, warping or cracking floor boards can be another sign of a shifting foundation. Finally, doors or windows that won’t close properly are an indication that the door frames or window frames have gone askew.

If you notice any of these signs, you should consider contacting a professional foundation repair company to make sure your foundation isn’t failing and to repair any problems before they get worse, and more expensive to fix.

This entry was posted in Structural Damage, Water Damage on April, 18, 2016

← Dealing With Basement Condensation
Foundation Piering: What Is It And How Does It Work? →