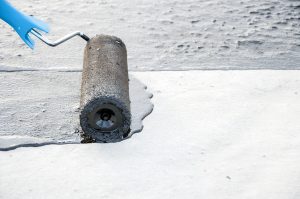 Water is pretty amazing when you think about it. It covers over 70 percent of the Earth’s surface, and it’s present in every single cell of your body. Chemists call water the Universal Solvent thanks to the way most chemicals dissolve in it. Without water, life simply isn’t possible, which is why desert plants are very careful about gathering and storing as much of it as possible.

Water is also an incredibly destructive force. Most people don’t normally think of it as such, but that’s only because we carefully engineer our buildings and our water systems to resist the kind of damage ordinary rainfall and municipal water supplies can do. However, whenever there’s a rainy summer, a tropical storm, or a particularly heavy winter melt, it becomes easier to see just what water can do given enough time and volume.

The Dangers Of Too Much Rain

In 2014, Monkton and the rest of Baltimore County went through a particularly wet year. Thanks to all the precipitation, there were floods and flash floods all over, and although the number of flood warnings was around normal, their severity was much higher. All the water in the atmosphere also led to some impressive thunderstorms, and on June 12 of that year the Monkton United Methodist Church was struck by lightning.

Erosion is another major issue. Trees and grass grip dirt hard and resist erosion, but even plants struggle against the erosive power of water when the ground is completely saturated. Water erosion can cause some serious damage to public roads and railways by washing away the dirt and stone the asphalt and the rails are resting on, and the same thing can happen to buildings both public and private. The lateral force of moving soil and stone can cause a basement wall to spring a leak, and if erosion undermines a foundation stone, it can crack.

The Need For Basement Waterproofing

Thanks to the power of water, the earth is constantly on the move, so a home that was perfectly up to code when it was built may one day spring a leak. Changes in climate and changes in technology can also mean that decades-old basement waterproofing in Monkton and other communities is now unacceptable by today’s standards.

For instance, the basement waterproofing in Monkton and the rest of Baltimore County didn’t always include sump pumps, special basement pumps that keep the water table from rising into a basement, and the homes which had pumps were the ones in areas with a high risk of flooding.

However, as 2014 proved, even areas which aren’t at direct risk of flood can still suffer from erosion and high water tables. Not every basement waterproofing in Monkton needs a sump pump, such as the waterproofing for buildings which are at the tops of hills, but even homeowners who live outside the 100-year floodplain should seriously consider getting one.

An Ounce Of Prevention

If your basement has a seeping, wet floor or a buckled, leaking wall, then you’re already in some pretty serious trouble. Not only does this mean that water is getting into your foundation and weakening it, the water is also providing an opportunity for pest creatures to set up shop in your basement.

Organisms like mold, silverfish, and termites don’t need much water to survive, but they do need some. Mold is so tenacious it can survive on nothing more than the humidity of summer and the condensation on cold pipes, but once you add seeping or standing water to your basement, the mold growth can quickly explode out of control. And while some varieties of mold are simply unsightly, the several species known as “black mold” produce spores which are harmful to humans.

Fortunately, AA Action Waterproofing can help you with basement waterproofing in Monkton, the rest of the Baltimore area, and even in neighboring states like Pennsylvania, Virginia, and Delaware. We’ve been in business for right around 30 years, and in all that time we’ve never seen a basement, foundation, or crawlspace we couldn’t improve. Whether you’re looking to repair water damage, rebuild after a flood, or take a few preventative measures to improve your basement’s waterproofing situation, you can call on the experts at AA Action Waterproofing to give you a free inspection and estimate.