Cheverly is a Washington, D.C. suburb with over 100 years of history. Like Washington itself, it started out as a planned community, and the intended residents were wealthy locals who could afford to commute into Washington by train. Things didn’t work out as intended, but Cheverly continued to grow throughout the 20th century and incorporated as a town in 1931. Later on, the young town would benefit from the suburban boom of the 1950s and 60s.

Thanks to its unusually long history as a suburb, you can find homes that are over 150 years old, although that particular honor belongs to Mount Hope, the plantation home the town was built around. Still, no matter how old a specific house happens to be, it’s always a good idea for residents to keep basement waterproofing in Cheverly a priority of home maintenance and improvement. 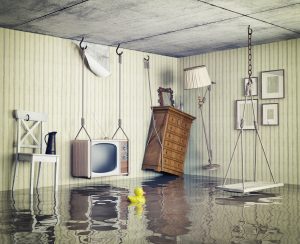 The Danger Of Water

Water might not be the first thing you think of when you hear the word “danger,” but it happens to be one of the most powerful forces on the planet. A big spring melt can lead to flooding, a major storm can cause a flash flood, and ordinary rain can cause clay soil to swell and crack an unprotected basement wall. Water can then enter the basement through the crack, a crack that will slowly widen over time if it isn’t repaired.

The underground water table can also pose a problem to basements depending on how close it is to the surface. If it starts to reach the same level as the foundation, it can start to damage the concrete and seep in through cracks and seams. New houses have drainage systems that try to move this water away from basements, but sometimes it’s necessary to install a sump pump, a special pump that actively moves water out from under the foundation and into the storm drain system.

Even water vapor can cause problems. If warm, humid air (like we often get in Maryland) enters a cool basement, the water vapor can condense on exposed pipes and even the stone walls, and this can provide mold with enough moisture to start growing and spreading.

Basement waterproofing in Cheverly uses similar methods no matter how new or old a building is. Angled rooftops allow rain to slide down the sides instead of pooling and causing a leak, and rain gutters move rainwater to a safe distance away from the foundation instead of letting it drip down and create divots and puddles.

However, not every technique is a century old. Not every home had a drainpipe installed beneath the foundation, for instance, and the sump pump only dates back to 1946. Bringing an old home up to modern standards is definitely a good idea, but it could also turn out to be an expensive one. As such, you should consider all your options carefully when you’re basement waterproofing in Cheverly, or in any other community with old houses.

A Professional Can Help

Many people take pride in maintaining their homes personally, and the DIY crowd is particularly big when it comes to home repair and improvement. However, while you can do a lot yourself when it comes to your basement and foundation, it’s still a good idea to consult with a professional before you start doing anything to such an important part of your house.

At AA Action Waterproofing, we have three decades of experience with basement waterproofing, foundation repair, crawlspace encapsulation, mold remediation, and more. We can help you in many ways, such as identifying how water is getting into your basement, repairing or improving your house’s waterproofing systems, and cleaning up the mold that grows around a significant leak. We can even help remediate mold and repair basements after a flood.

Basement waterproofing in Cheverly can be simply or very tricky, depending on the age of the house and when it was last renovated. However, despite all the years we’ve been operating, we at AA Action Waterproofing have never found a basement or crawlspace we couldn’t help. So if you need a professional to look at your basement, and if you live in Maryland, D.C., Virginia, Pennsylvania, or Delaware, contact us today to set up an initial foundation inspection and get a free, no-obligation estimate.