Are Your Pipes Ready For Winter? 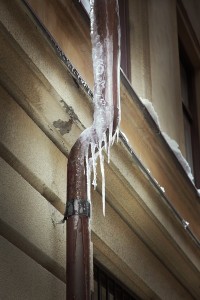 The changing of the seasons from summer to winter can mean a lot of things for homeowners. For those in relatively modern homes, especially those built this century, this is where you really get to see whether all those modern construction materials and techniques have really helped with energy efficiency and keeping the heat in the home and the cold outside.

But for many home owners, especially those living in older and historical homes, this can be part of an annual battle against the cold, and making sure it doesn’t significantly interfere with your daily life. One of the ways that this can happen is through the freezing and potential bursting of water pipes.

If your home has additions with crawlspaces, or simply doesn’t have sufficient insulation in certain areas where your water pipes are, then this becomes a risk every single winter. Once the temperatures drops below a certain level and stays that way, pipes without access to the same heating the rest of the home enjoys will start to freeze. When that happens, water no longer reaches your faucet, which is bad enough, but, if left unattended, this can eventually cause those same pipes to burst.

While the natural inclination is to believe that the pipes are bursting because of frozen water expanding and pushing the pipe to the breaking point, this is actually NOT the case. The reason that a frozen pipe will burst is because of the gradual but constant increase in water pressure that a blocked pipe causes. As the ice expands, it pushes water closer and closer to a faucet which, if closed, can build up pressure that the pipe can only tolerate for so long. Once it reaches its limit, it bursts.

There are many ways for people to avoid this if the idea of getting a section of your house insulated is too costly or would take up too much time for your schedule at the moment. One way is to simply insulate the pipes themselves so that they don’t get a chance to freeze. Another alternative is to buy special heating units that can be wrapped around the problem pipes. More elaborate units even have temperature settings so that, once plugged in, they will self-activate once the temperature drops below a certain level.

These simple preventive measures will ensure that your pipes stay warm and continue to flow during the winter. If they don’t, you could have a serious water problem on your hands and it could provide a lot of discomfort and damage to your home during an inconvenient time of the year. If you’d like to know more about preventing this kind of water damage from disrupting your home, get in touch with AA Action Waterproofing to see how we can help.