The Power Of Water – Underlying Causes of Basement Flood 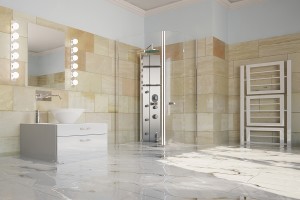 For many residents along the East Coast and especially the Maryland region, there is both a natural and modern familiarity with water. Living so closely to marshlands, inlets, and the ocean does bring about a greater appreciation for how much of an impact nature can have on our sense of security and the actions that are taken to protect the home. While this is in some ways just a facet of living in this region, it does also indicate some concerns that more inland residents can have as well.

From a more modern perspective, there are many residents in suburban regions who may even take the power of water for granted. Whether a home is on well or city water, residents often overlook the simplicity of turning on a water tap and having immediate access to this necessary part of life. However, problems most often happen when people have a false sense of control over a situation, and forgetting that water can also have a negative impact can lead to real damages.

Although naturally occurring flooding issues have their own concern for residents and their homes, modern innovations can also be at the root of basement flooding or excess moisture that can damage property. Indoor plumbing has often been hailed as a benchmark for civilizations, but many of the plumbers that we know will also state that it can be the root of all frustration.

While the convenience of appropriately bringing water into the home is not in question, it is the manner and mechanisms that make this so which can truly cause an issue. Many of the situations that we address for basement flooding that is not weather related tend to also include some extensive plumbing repair before any considerations of waterproofing or remediation can even be considered.

Although some environmental conditions such as extreme cold can result in split pipes, other concerns can also be one of the causes of basement flood:

While this may seem daunting to homeowners in terms of one more thing to worry about, the truth is that many older homes in the Maryland region do have original plumbing that may be close to thirty years in operation. This also means that it is more likely than ever that some form of internal failure could lead to basement flooding.

Although it can be a wise idea to have current home plumbing evaluated for integrity, it can be equally important to take measures in advance for basement waterproofing, as this can fully eliminate or significantly reduce the impact of water damage should the home plumbing fail.

Contacting AA Action Waterproofing today can give you the preventive measures that you need to still stay in control when water from nearly any source threatens the safety of the home. Taking steps now can also mean considerable less clean up in the future.

This entry was posted in Basement Waterproofing, Foundation Repair on July, 31, 2015